Cristiano Ronaldo born in 5 February 1985 Funchal, Madeira, Portugal. His fathers name is Jose Dinis Aveiro, he is a municipal gardener. And his mothers name is Maria Dolores dos Santos Aveiro she is a cook, he is the youngest child of his family. Ronaldo has one older brother his name is Hugo, and two older sisters, there name is Elma and Liliana Catia. His great-grandmother name is Isabel da Piedade and she was come from Cape Verde. 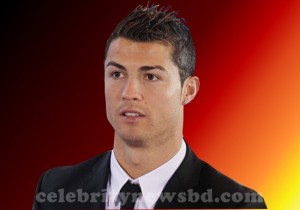 At the age of eight, Ronaldo played for amateur team Andorinha, where his father was the kit man. In 1995, Ronaldo signed with local club Nacional, and after a title-winning campaign, he went on a three-day trial with Sporting CP, who subsequently signed him for an undisclosed sum.

When Ronaldo was eight years old he played for amateur team Andorinha, where his father was the kit man. Then Ronaldo signed with local club Nacional in 1995. after a little successful campaign, he went on a three-day trial with Sporting CP.

Ronaldo joined Sporting CP with others players and trained at the Academia Sporting which is the club’s football academy, in Alcochete. He is the only player for ever who play for Sporting’s under-16 team, under-17 team, under-18 team, B-team, and the first team, all within one season. In his league debut he scored two goals against Moreirense on 7 October 2002, which Sporting CP won 3 goal. , while featuring for Portugal to won European Championship Under-17 in the 2002.
Ronaldo gets invitation from Arsenal’s training ground in November 2002. In 2003 to 2009 he played for Manchester United. On 1 July 2009 Ronaldo join Real Madrid from Manchester United for £80 million (€94 million).
In his successful life Ronaldo gets many awards, in 2008, he won his first Ballon d’Or and FIFA World Player of the Year awards. He followed this up by winning the FIFA Ballon d’Or in 2013 and 2014. He also won the 2013–14 UEFA Best Player in Europe Award. In January 2014, Ronaldo scored his 400th goal as a senior career for club and country at the aged 28.

Ronaldo became a father on June 17, 2010 following the birth of a son. Ronaldo’s son name is Cristiano, Cristiano was born in the United States. Ronaldo has never publicly revealed the identity of his son’s mother. Ronaldo have many girlfriend like English models Alice Goodwin and Gemma Atkinson. In 2010, he began dating Russian model Irina Shayk, The couple ended their relationship in January 2015. 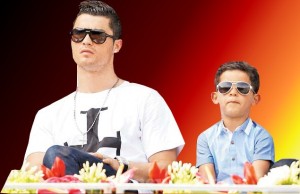 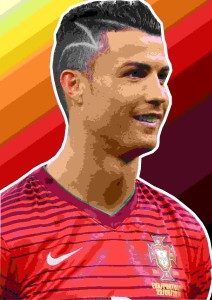