The Khiladi man, the super actor, producer and martial artist, Akshay Kumar was born on 9 September 1967 in Amritsar, Punjab. His birth name is Rajiv Hari Om Bhatia. His father’s name is Harry Om Bhatia, he was a military officer. His mother’s name is Aruna Bhatia. He has a one sister her name is Alka Bhatia.
The Akshay Kumar school name is Don Bosco School and college name is Guru Nanak Khalsa College. when he gets the higher education degree and get the black belt in Taekwondo in India, he studied martial arts in Bangkok, Thailand. Where he learned Muay Thai and worked as a chef and waiter.

On 17 January 2001, Akshay Kumar engaged to another Co actress Twinkle Khanna, the daughter of actors Rajesh Khanna and Dimple Kapadia. They have two children. first one is a son name Aarav Kumar, second one is a daughter Nitara Kumar on 25 September 2012. He is a protective and a good father because he keeps his children away from the media. He wants that to “give them a normal childhood.” 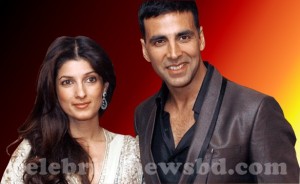 
Akshay Kumar is a fantastic actor and a martial artist. For the acting he worked hard work. When he was a teenager, his father asked him what he aspired to be. Kumar expressed his desire to become an actor. at the last his wish was true. His first film as the lead actor opposite Raakhee and Shantipriya in Saugandh (1991). In the same year, he acted in Kishore Vyas-directed Dancer. Then he doesn’t give up. He worked the film gradually. then he worked- the suspense thriller, Khiladi, directed detective film Mr. Bond, Deedar, Dil Ki Baazi, Kayda Kanoon, Waqt Hamara Hai and Sainik In 1994, he played a police inspector in two films: Sameer Malkan-directed, Main Khiladi Tu Anari and Rajiv Rai-directed more which were among the highest grossing films of the year. He starred in Yash Chopra-produced romance, Yeh Dillagi opposite Kajol. His role in the film earned Kumar his first nomination for Best Actor at the Filmfare Awards and Star Screen award.

In this year akshay kumar give beautiful and successful film to his fan like the previous year. 2012 was Housefull 2, Prabhudeva-directed action drama Rowdy Rathore, Khiladi 786, Milan Luthria directed gangster film Once Upon ay Time in Mumbai Dobaara!, sequel to Once Upon a Time in Mumbaai.


Now this days akshay kumar is set to act in the Prabhudeva-directed Singh is Bling. The film is a sequel of his former film Singh is Kinng.