Emma Watson full name is Emma Charlotte Duerre Watson is an English model and actress. She born in 15 April 1990, Paris, France. Her mother’s name is Jacqueline Luesby and father’s name is Chris Watson, both are English lawyers. Emma Watson lived in Paris until the age of five. She moved to England when her parents separated and live with her mother in Oxfordshire. After moving to Oxford with her mother, she attended the Dragon School in Oxford. From the age of six, she wanted to become an actress, and trained at the Oxford branch of Stagecoach Theatre Arts, that was a part-time theatre school where she studied dancing, singing, and acting. When she was ten years she had performed in various Stagecoach productions and school plays, like Arthur: The Young Years and The Happy Prince.

She started acting professionally in 1999 by the movie Harry Potter and the Philosopher’s Stone. This movie is released in 2001, this was the highest-grossing film of the year and The film broke records for opening-day sales. For her unbelievable performance Emma Watson was nominated for five awards, and winning the Young Artist Award for Leading Young Actress. One year later Watson again starred the second installment of the series, Harry Potter and the Chamber of Secrets as Hermione. She also appears in all eight Harry Potter films from 2001 to 2011. 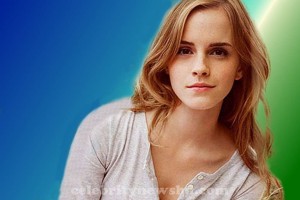 From 2011 to 2014, Emma continues her education, she is studying at Brown University and Oxford University and graduating from Brown with a bachelor’s degree in English literature in May 2014. In 2013, she became certified to teach yoga and meditation. 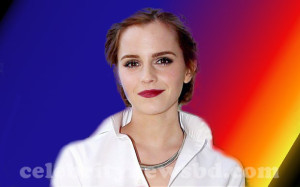